Susan has served in every department within a retail operation throughout her career which began at Waldbaum’s Supermarkets in June 1987 as a Cashier in the New York City area. Susan’s final position with Waldbaum’s was a Co-Manager and she then joined BJ’s Wholesale Club in 1995. At BJ’s, Susan held positions in store of Operations Manager, Member Services Manager, Merchandising Manager and finally as a General Manager in NY and NC until coming to Harris Teeter as an MDP in 2003.

Susan has supported her career efforts with education and certifications including Associates Degrees in both Biology and Marketing and completing her Bachelor’s Degree in Organizational Development at Mount Olive University in 2006. Susan held PHR Certification from 2006 to 2018; SHRM -CP 2015-2018 and completed SPHR in November 2021. Susan is an active member of Society of Human Resources (SHRM) since 2006.
Susan is currently an MBA candidate with a concentration in Human Resources at UNC Wilmington; planned completion Summer 2024.

Susan served on committee with Network of Executive Women Mid Atlantic (now Next-Up) and was a founding leader the Women’s Resource Group at Harris Teeter. She currently serves on the Women’s Empowerment Group as a founding member.

Susan spends time fundraising and does community volunteer work at the Food Bank of Central and Eastern North Carolina often and is dedicated to supporting education on domestic violence.

Susan and her family currently reside in Wake Forest, N.C. Her son, Connor, is a current Journalism major at West Virginia University and her daughter, Addie, is a high school Junior. Family hobbies for Susan and her spouse Andrew include live music; their favorite musicians to see play live are their children.
Speaking At
Women in HR 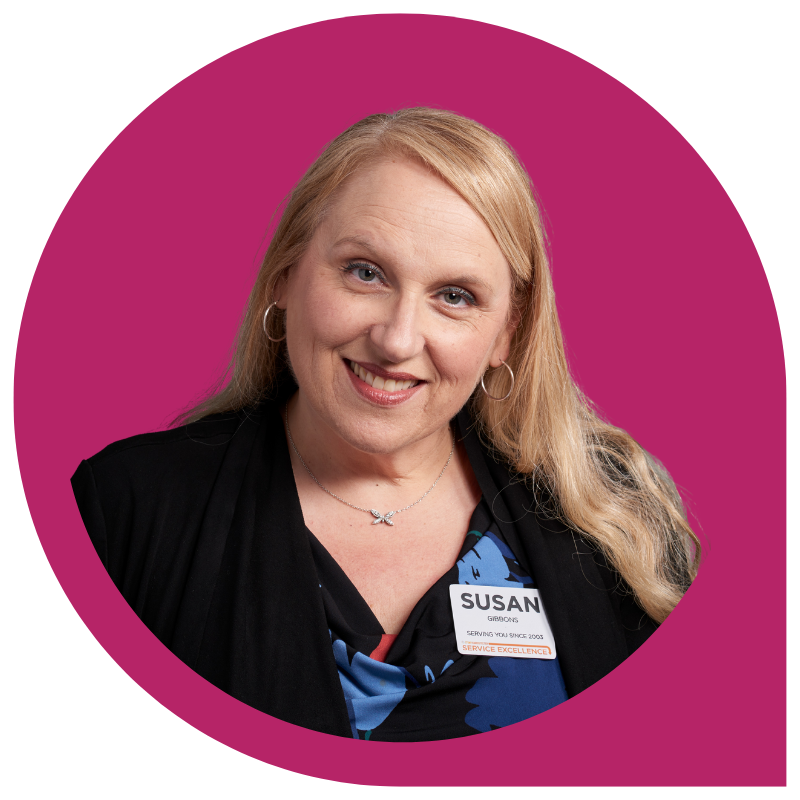